Out On A Limb Ambassadors 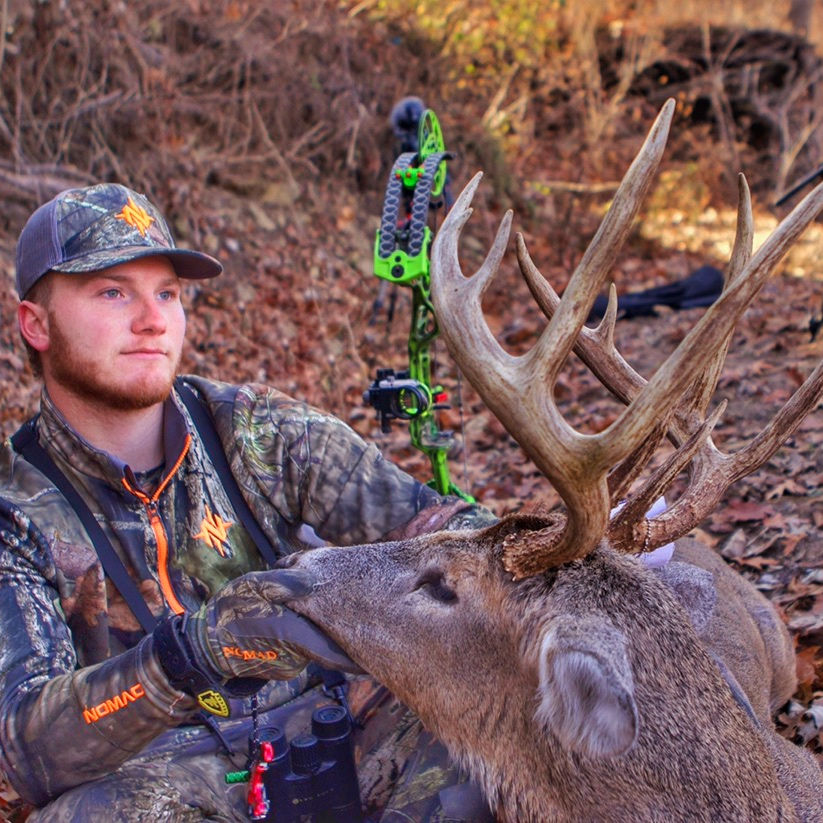 My name is Ben Thornton, I'm from small town Caney, Kansas. I grew up in a hunting family, I've been hunting since I was able to tag along! Me and my brothers have recorded each other hunting since I can remember but it wasn't until this past season that we decided to take it seriously and start WackMaster Outdoors! We hunt a lot of public land whitetail, turkeys and pretty much everything in between! 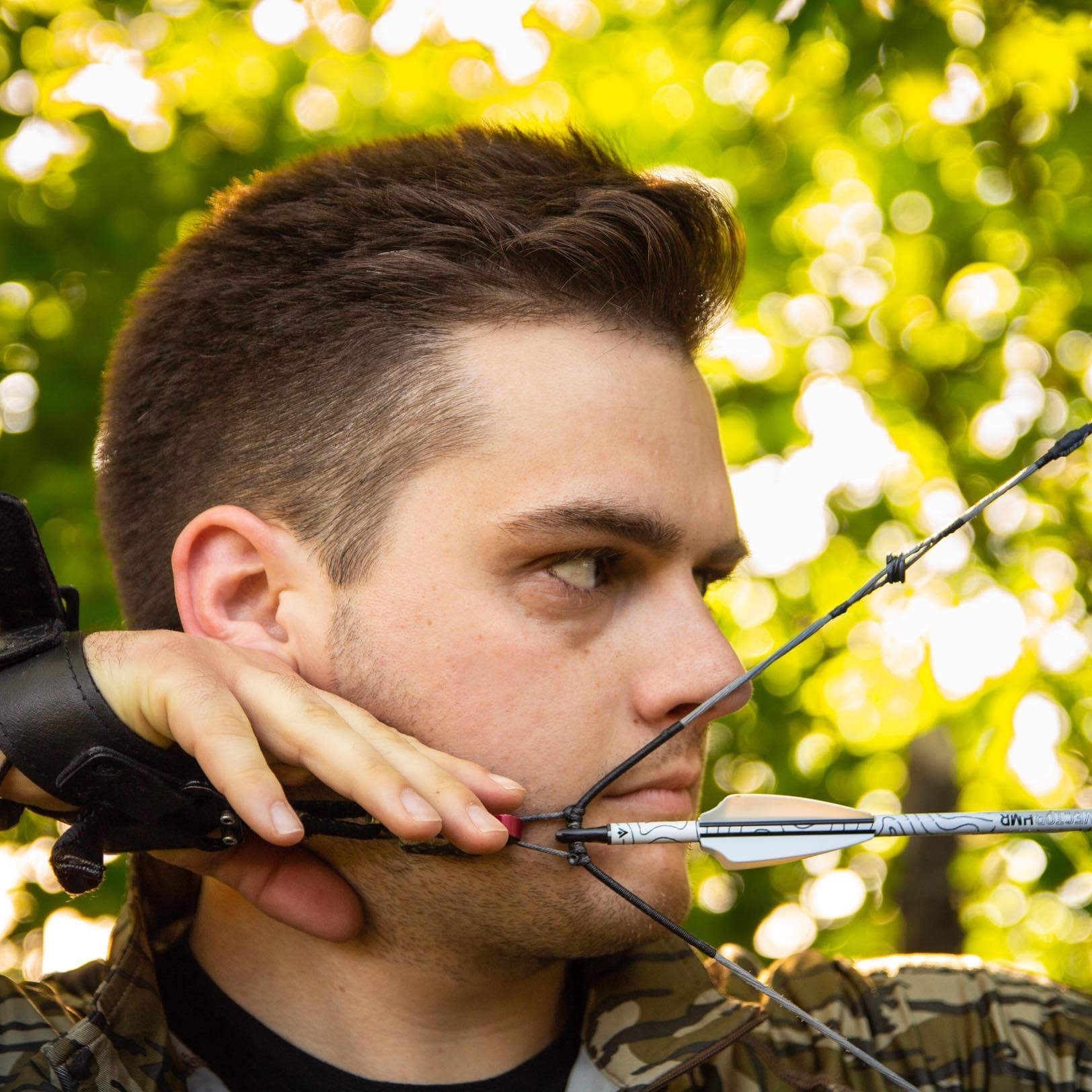 My name is Jesse Mann, and I’m from a small town in Eastern Kentucky. I’ve spent the last couple years in central KY, but currently reside in and around the Ashland area. I graduated from Morehead State University in 2015 as a social worker. I was apart of the Morehead State University collegiate bass fishing team and absolutely loved my experience there. I started hunting with my grandfather on KY public lands when I was about 9 years old, mainly focusing on chasing turkeys. I started focusing on bow hunting during my college years, and have fell in love with not only bow hunting whitetails, but saddle hunting as well. Out On a Limb has always been my top choice regarding saddle hunting gear and their products and reputation is the best in the business. You won’t be disappointed with any of their top-quality products. 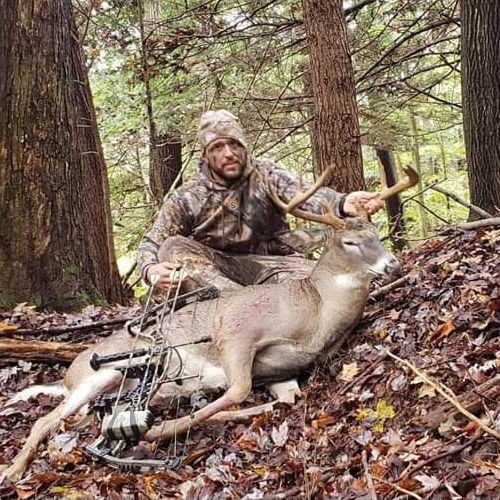 I Grew up in NW Pennsylvania in a small town called St. Marys. My dad introduced me to the outdoors before I could walk and I have been an avid outdoorsman ever since. I grew up loving sports also, so I was either at a ballfield or in the woods or on a stream. Baseball and Whitetail completely took over as I grew older and I was drafted by the Texas Rangers after attending Ohio University for 3 years playing baseball. I played 9 years professionally in the Rangers and the Nationals organization. In the offseason I lived in the woods. I hunted whitetail all over the country and began filming for Bill Winke of Midwest Whitetail in 2007.

Currently I have my own youtube show called "Whitetail Kings" where I share my passion for the outdoors with others. I also film and edit for a TV show called Tombob Outdoors "Friends in Wild Places" which is on the pursuit channel. I have a fiancé, Megan, a son Brayden who is 13 and is just like me, as well as a 1 year old daughter Raelan. We currently reside in Rockton, PA and my everyday job is in the Insurance industry as a Commercial Insurance Producer. My mission as an ambassador in the hunting world is to educate, share experiences with, and introduce new hunters into the outdoors and into the sport of hunting. 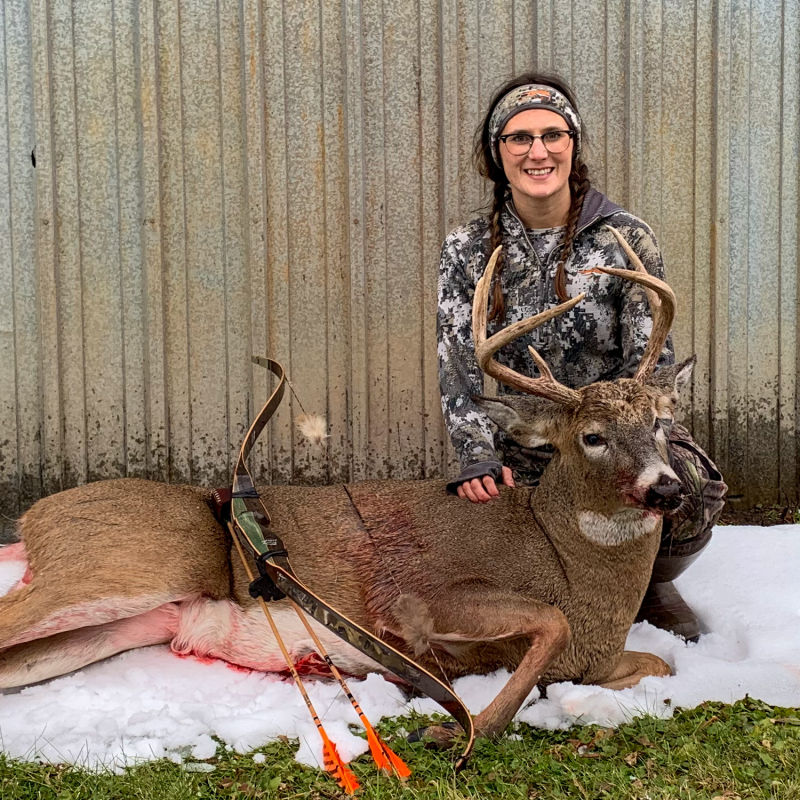 Born and raised on a farm in Wisconsin, the outdoors quickly consumed me. I've been chasing critters for as long as I can remember and shot my first whitetail buck at the ripe old age of twelve. Gun hunting eventually turned into bowhunting, and in 2014 I bought my first longbow just to tinker with. Six years and close to a dozen bows later, I've had the opportunity to hunt quite a few species with trad bows, some successful, some not so successful. In our house, there's only two times of year, hunting season, and preparing for hunting season. If it's not hunting season, we're shooting bows daily, planting food plots, trees, and other habitat improvements, checking trail cams, trying out different gear setups, scouting, and anything else we can do to pass the time till bow season. 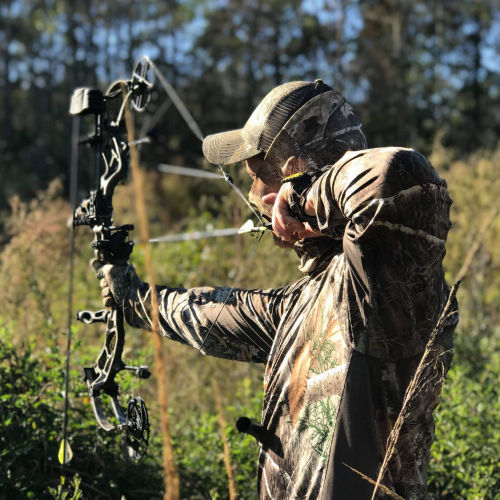 I'm Brooks Maxey I'm 33 years old. Living and hunting down here in the swamps of Florida. As long as I can remember I've spent much of my free time in the woods. When I'm not scouting or hanging from a tree I can be found working as a machinist. I primary hunt public land so saddle hunting was an obvious choice for me (any way to lighten to load and beat the Florida heat). I hunt from early bow season until the close of gun season going after whitetail and wild hog. 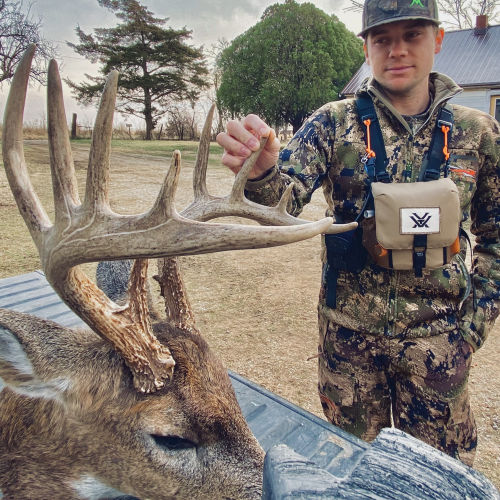 I'm Wes Lowrey I'm 31 years old and growing up in NE Oklahoma, Ive always had a love for the outdoors! I took on bowhunting after realizing there was something that I was missing from my hunting experience. I grew up in a hunting Family but grew my love for the sport while hunting and learning from my grandpa. He has a passion for the outdoors that he passed on to me. Making the decision to become a hunter was one of the most important and impactful decisions of my life.

My love for bowhunting and the outdoors has continued to shape my life and help me become the man I am today. A few Years ago I grew a passion for "telling a story" and documenting my outdoor experiences. I fell deep into the lifestyle of filming hunts, sharing content and exposing the pure Joys of bowhunting. In the fall of 2017, I joined my good friend Ben Thornton and we launched the brand "Wackmaster Outdoors".

This is a brand we pour our hearts and souls into. We love sharing our love for the outdoors. A mixture of Private and Public Land Bowhunting is my Style. Something about the difficulties of both is extremely rewarding to me. I have grown a huge passion for both avenues of hunting as they each produce their own sets of challenges. Ive been able to accomplish so many personal hunting goals.

I couldn't feel more blessed, and I thank the Good Lord every day for giving me the opportunity to share what I love. I look forward to this adventure with Out On A Limb. 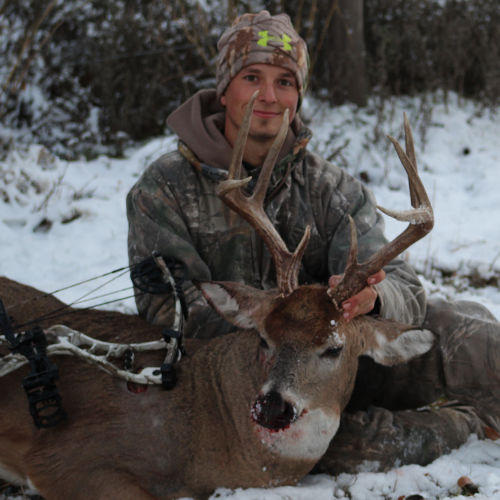 I am Taylor Jones, If I am not hunting I am thinking about it I love chasing a old mature whitetail. I also love spending time with my wife and my future bowhunting buddy my son. 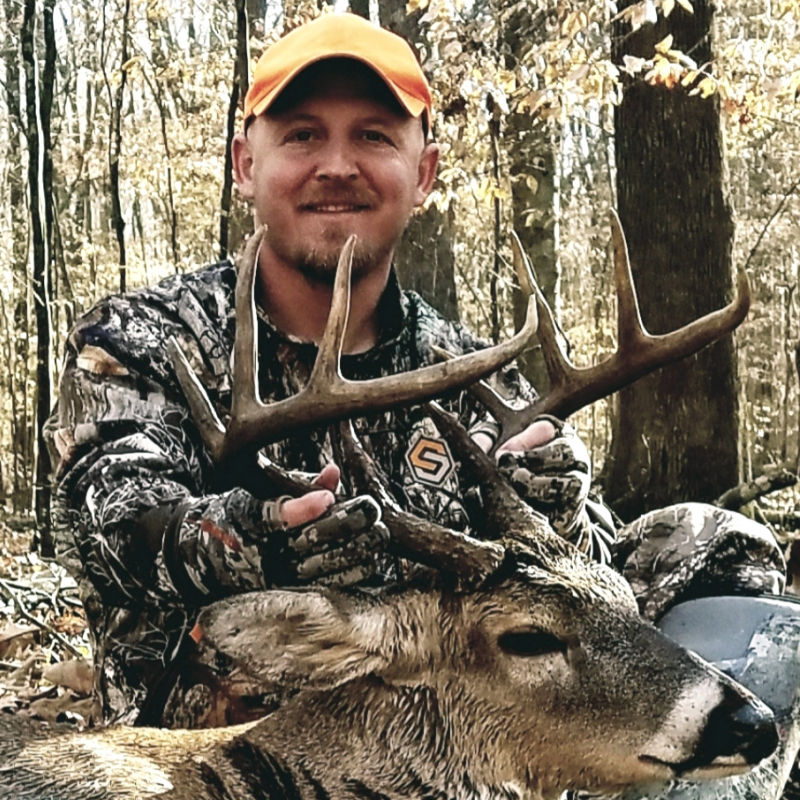 Owsley began following his father into the woods from the time he could walk, and – like most of us – cut his teeth on public-land hunting. At age 14, he was finally big enough to carry his own climber and killed his first deer. After leaving home for college, he really dove head-first into mobile hunting, scouting, and hunting; it was during that time he killed his first wall-hanger buck on his own. Many more followed after that.

“To this day, I’d rather chase deer on public land than any private farm. There’s just something about accomplishing success on property anyone else can access,” Owsley said. “Through the years, big bucks have become my passion, but the outdoors has continued to provide hobbies for me to enjoy. Whether it’s turkeys or predators, you will find me chasing something in the offseason.”

Owsley brings an innovative mind to the Out On A Limb team that’s already responsible for improving well-known products in the saddle-hunting world; the Wild Edge Perch – designed by OOAL’s Matt Garris – recently started being produced as a Gen 2 version using Owsley’s idea of adding stabilization wings to help users get the platform more solid. He is also starting to make a name for himself with his DIY mods, equipment reviews, and hunting videos he frequently posts on his YouTube channel, Aerial Assault.

Owsley holds a B.S.B.A. from the University of Tennessee and lives in NW Tennessee with his wife Holland, where both were born and raised.

Get the latest updates on new products and upcoming sales